Even though few state teaching standards for math or science mention the media, it is clear that math/science teachers use media in their classrooms and that much of the information we receive about math and science comes from the media. It makes much sense to include visual and media literacy in both science and math instruction. What follows are several articles/essays/resources/research items related to the topic. For educators: you may wish to familiarize yourself with both the main concepts of media literacy as well as the common critical thinking/viewing questions. Questions/comments?  Email me:  fbaker1346@aol.com 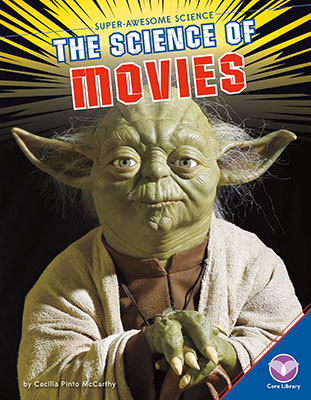 216 Million Americans Are Scientifically Illiterate (part 1, part 2 )
The media are partly to blame for Americans’ lack of scientific literacy.

Merging Media and Science: Learning to Weigh Sources, Not Just Evidence
Yearbook of the National Society for the Study of Education 104 Marlene Their (2005)


Lesson Plan: Math in Special Effects
Science, literacy, and the internet?
Pseudoscience on TV: Weak Investigations
Turning scientists into screenwriters
IBM supports the deep science of video gaming
Prime Time Science
Science at the Movies (2004)
Science would be nowhere without its image(s)
Balance as bias: Global warming and the US Prestige
Forget Star Chemistry. How About the Film’s?
This summer, the Web site version of the weekly Chemical and Engineering News (http://pubs.acs.org/cen/reelscience/) started publishing movie  reviews that focus (although not exclusively) on the accuracy of the science, especially the chemistry, in the latest releases.
Science Fictions– understanding news stories which report on drug study results
The pleasure of moving making: reflections on integrating video production technologies into the teacher education curriculum (Spring 2003)
How first year college students read Popular Science: An Experiment in teaching media literacy skills, SIMILE, May 2002
Sci Fi Channel’s Battlestar Gallactica Lesson Plan on War Propaganda
Media Literacy In The Science Classroom
Movies Show Scientists: What Do We Learn?
Approaches to Media Literacy In Science Education
The March 2002 issue of Science Scope (publication of the National Science Teachers Association) is dedicated to “Media In The Science   Classroom,” and includes articles like Countering Gender Bias In the Media; Star Trek Physics- Where Does the Science End and the Fiction Begin?; Science Fiction and Science   Education; Lights, Camera and the Action of Science, among many others.

See also Math In The Media (original activities and lesson plans about  common news stories that use numbers)
Math & Media: Bias Busters (from the book Rethinking Schools Special edition)
Math & Photography/ Science of Photography
“Media exposure and knowledge about science” (ED 399 563)
Use the News: A study of Secondary teachers’ use of newspapers in the science classroom

Media Literacy: Yes, It Fits in Math and Science Classrooms

As teachers relate the significance of math and science learning to students’ everyday lives, the role of the popular media adds another dimension to the discussion.

In 1992, a group of media educators gathered to discuss the state of media education. One of the results of their meeting was this definition of media literacy: “….the ability to access, analyze, interpret, and communicate media in a variety of forms….” (Aspen Institute Conference on Media Literacy).

Media literacy education now appears in the curriculum frameworks or standards of 48 states (Kubey & Baker, 1997). Media education fits quite well into the English/language arts curriculum, as well as social studies and health. But it is also applicable to mathematics and science. Media literacy is about inquiry: asking questions about the news and entertainment media, their makers and their messages. Media literacy is more than analyzing advertising, critical television viewing skills, or making videos with a camcorder. It is a lifelong skill designed to make students wise consumers, critical thinkers, and decision makers.

The Center for Media Literacy (a Los Angeles-based clearinghouse of media education materials) offers these five characteristics of messages delivered to the public via the media:

It is important that students understand these characteristics as they study media messages related to science and mathematics.

The 1998 movie Contact starred actress Jody Foster as the scientist responsible for deciphering the first extraterrestrial message sent to Earth. The movie was generally applauded by scientists for its authenticity. But, it is rare for Hollywood to accurately portray a female scientist. Stereotypes and misconceptions are frequently generated by television and movie producers.

Classroom teachers can take advantage of students’ interest in popular movies to help them analyze the misconceptions. For example, both Deep Impact and Armageddon posed the question: What would happen if Earth were in danger of being hit by an asteroid or a large comet? Even though scientists tell us the chances of such a collision are small, these movies offer teachers an opportunity to explore how science is portrayed in these and other movies.

Every teacher who uses a video, a CD ROM, or the Internet as part of his or her instruction should ask questions such as this: How does the selection of images by the producer shape our understanding of science concepts?

Even the wealth of science programming by well-known documentary-makers should not be exempt from some inquiry on the part of teachers and students. Rather, the same questions that apply to commercial movies should also be asked of documentaries: who is the producer; what are his or her motives; what techniques does the filmmaker use to convey his message?

Len Masterman, considered one of the world’s leading media educators, writes about curriculum connections in his book Teaching the Media (1985). He offers these ideas to consider when viewing or reading popular media messages about science and scientists:

Math and number literacy are parts of our everyday media exposure: the weatherman tells us there is a 30 percent chance for rain; the morning newspaper reports the stock market numbers; ESPN gives us statistics on sports.

Taking a close look at numbers in the news is a great way to get students to think about and question the source of statistics-and how statistics can be misrepresented. For example, each week, Nielsen Media Research issues its list of the top 100 television shows, based on the shows’ ratings and shares. Do students know what rating and share really mean? How are these numbers generated? How are these numbers used by advertisers? Are the numbers accurate?

The advertising industry has been using numbers and statistics for decades. Many of us can remember when one brand of toothpaste made the claim that it was recommended by three out of four dentists. (What about the thousands of other dentists not surveyed?) A car commercial claimed the manufacturer’s newest model gave a 30 percent smoother ride than last year’s car. (How was smoothness measured?) Teachers can ask students to survey newspapers, magazines, and the Internet for ads that make seemingly outrageous or unsubstantiated claims.

Newspapers and magazines often use bar or pie graphs to visually display information. These graphical displays offer students another opportunity to analyze how data is portrayed and how accurate or misleading it may be.

Because so many students get their information from the media (television, radio, Internet) it is critical that teachers integrate media literacy into their instruction. Some of the sources listed in the sidebar are good starting points for teachers who want to learn more.