What You See, What You Don’t: TV

Television
See also: Visual literacy on the campaign trail;  Framing of news photographs
See also: A behind the scenes look at how the BBC created the BBC iPlayer trail for April Fools’ Day, featuring a colony of flying penguins

Use of greenscreen/chromakey in productions 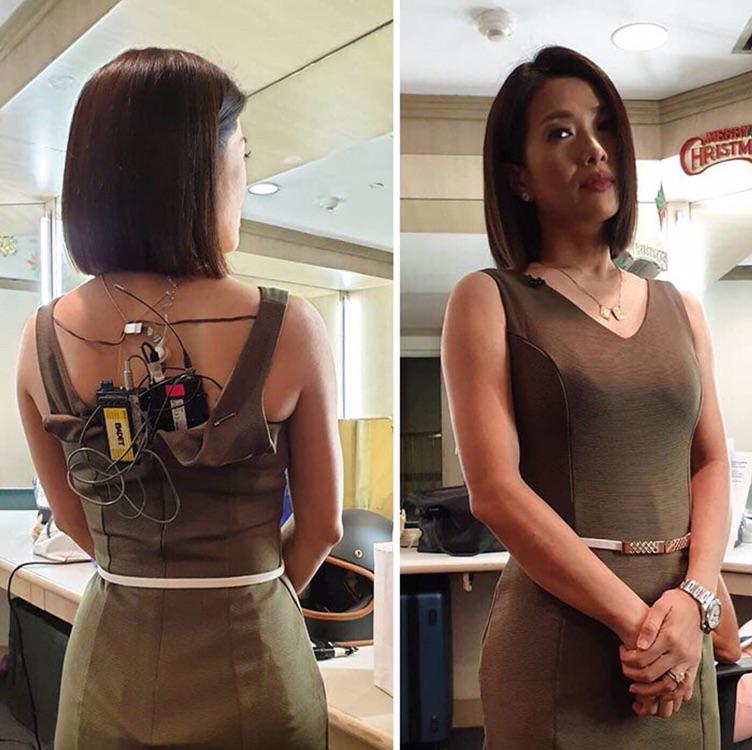 A female journalist, above, is wired for sound. Both her microphone and IFB are
hidden from the audience.(Source above; Reddit) 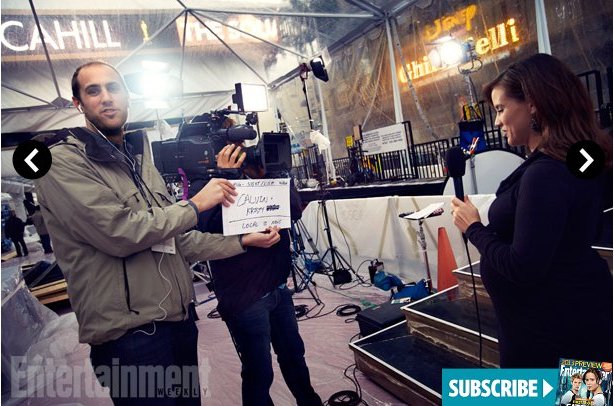 A reporter does a “stand up” while the camera and cue card holder wait nearby. (Source) 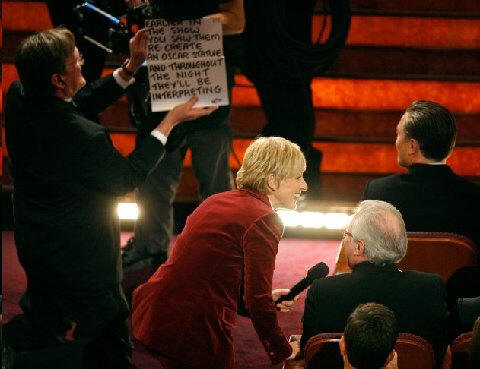 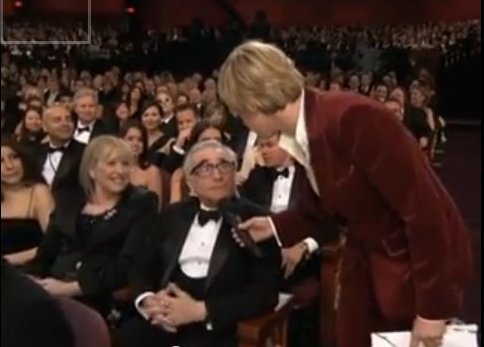 what audiences at home saw 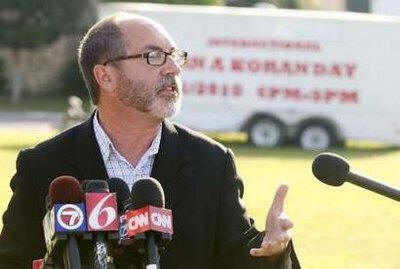 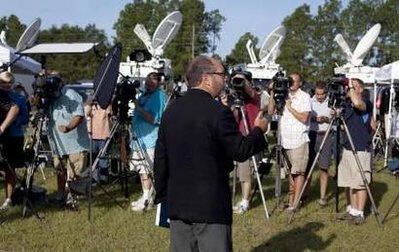 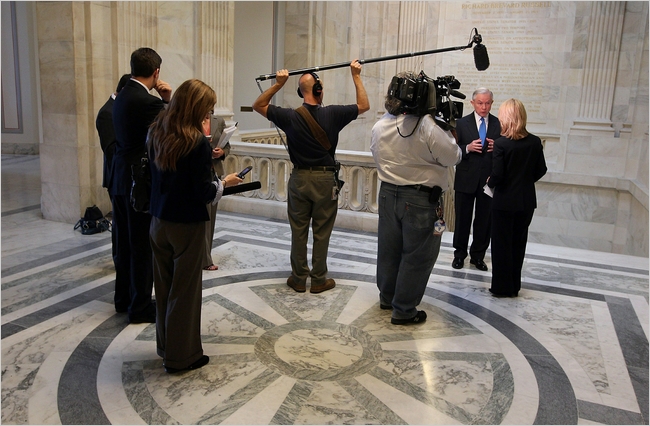 Senator being interviewed by television crew in Washington DC A production assistant holds up a slate that the on-camera interviewer can see.
Location is the Critic’s Choice Awards; director Quentin Tarantino is seen right (photo from NY Mag) 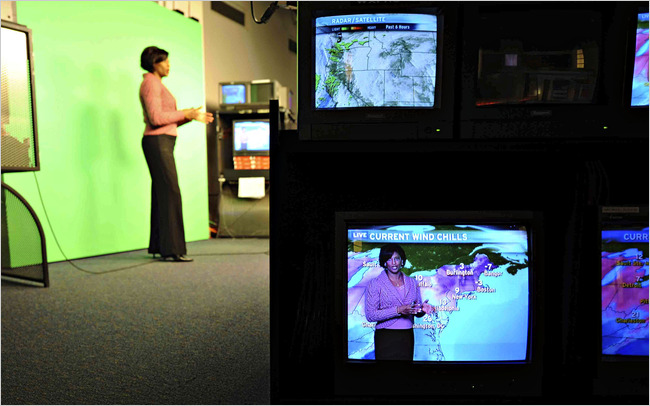 From Bloomberg News: A Weather Channel meteorologist is shown in front of the green screen;
and the map that is superimposed is also shown, along with the composite of all of the images. 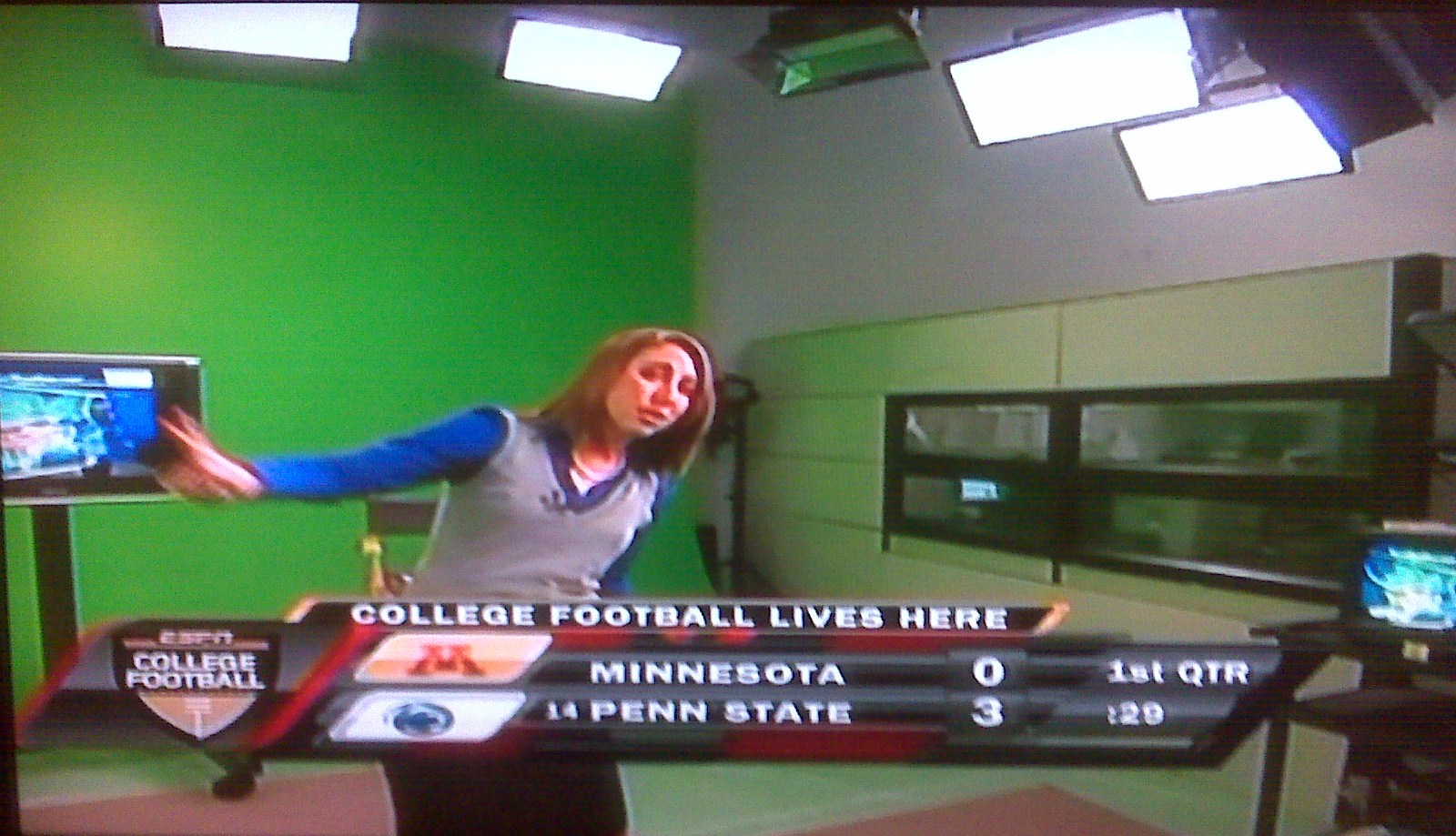 Accuweather’s forecaster shows off the green screen during a break in ESPN’s college coverage. 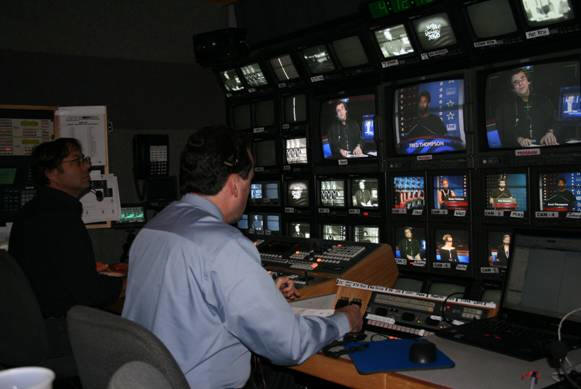 The television control room: here sits the director, the technical director, the producer, graphics, audio experts,
the engineers and others usually involved in the broadcast of live events–e.g. news, sports, TV specials.
All of the video and audio signals come here from the studio (or from each camera and microphone). The director’s
job is to decide which one(s) get “on the air” that you see at home. (photo by Frank Baker) 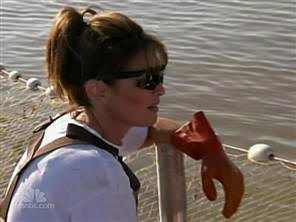 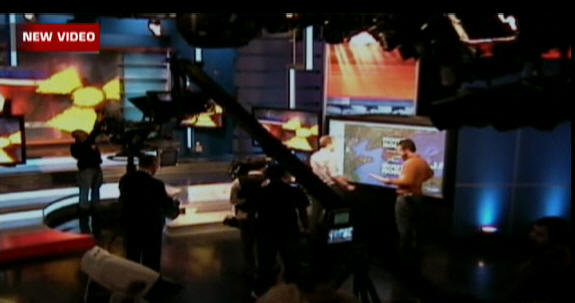 from CNN Live online–a behind-the-scenes camera positioned in the lighting grid–
shows the set just before anchor John King (left) gets into position in front of map on-screen;
crew members can be seen behind the cameras and setting up the screen.

What you see at home 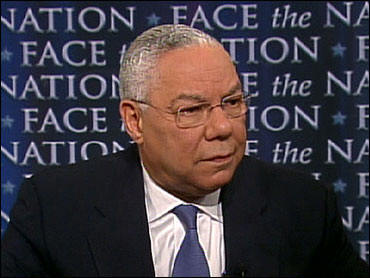 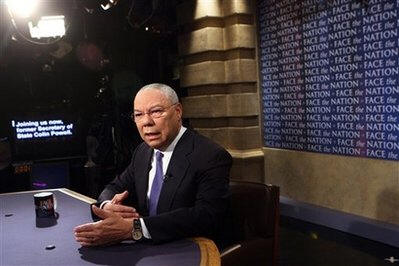 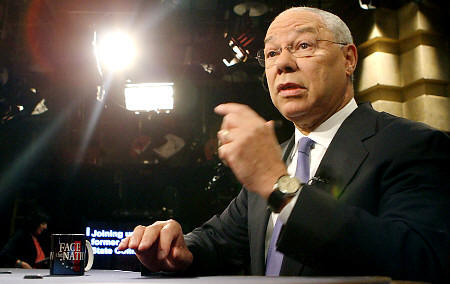 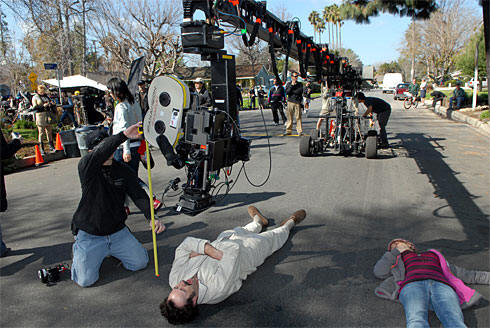 Taking it to the street: My Name Is Earl‘s Jason Lee, who plays Earl, and Alyssa Milano (Billie) shoot
a scene in which Earl and Billie are found lying in the road after being hit by cars.
2/29/08  (see video of behind-the-scenes of this sitcom) 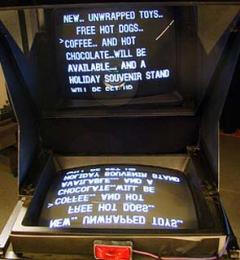 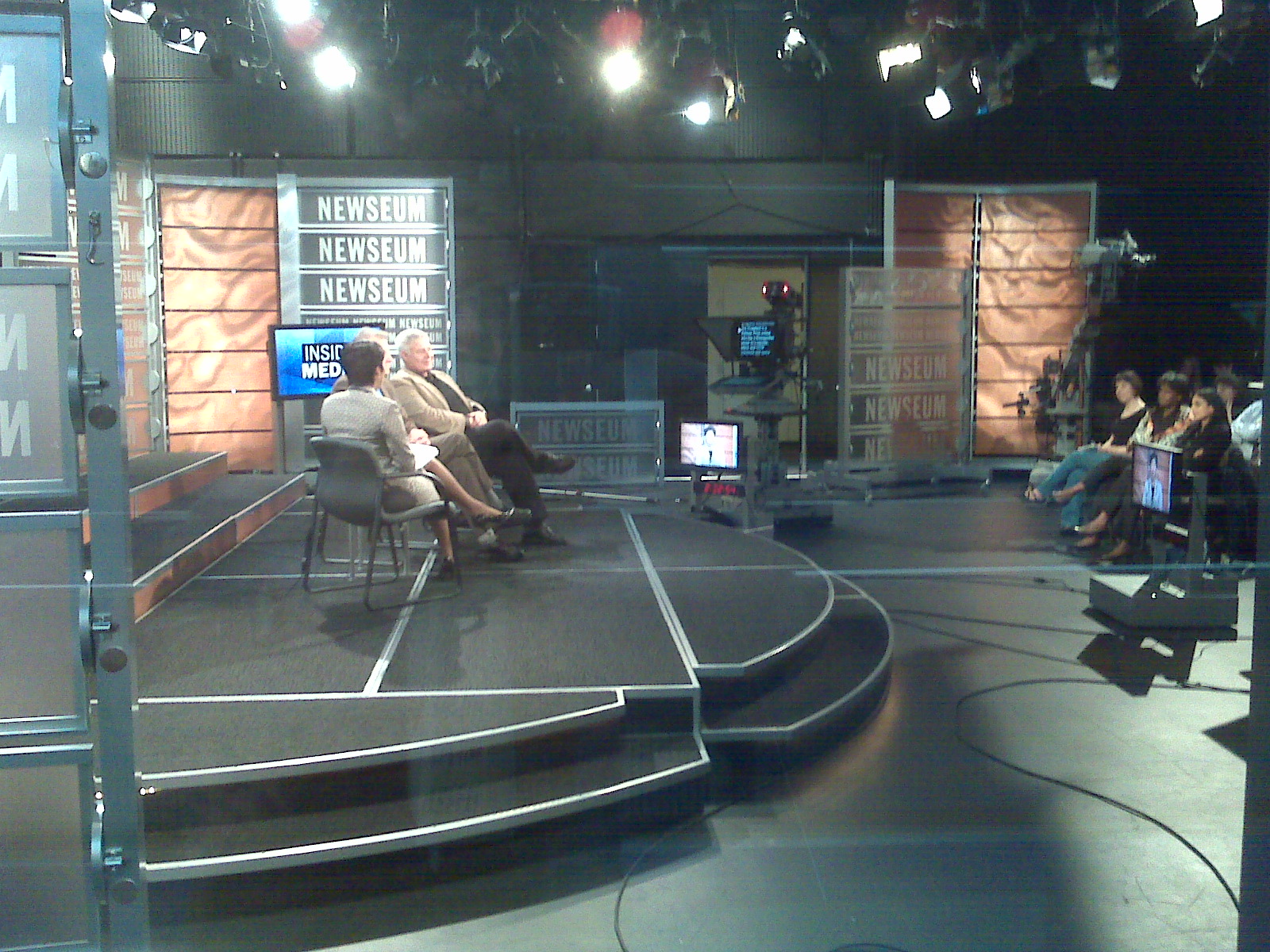 Here is a shot inside one of the TV studios at DC’s Newseum. In the center of the photo is an unmanned studio camera with an
attached teleprompter. Just below the prompter is a monitor showing the director’s video output and a digital clock.
(photo by Frank Baker)