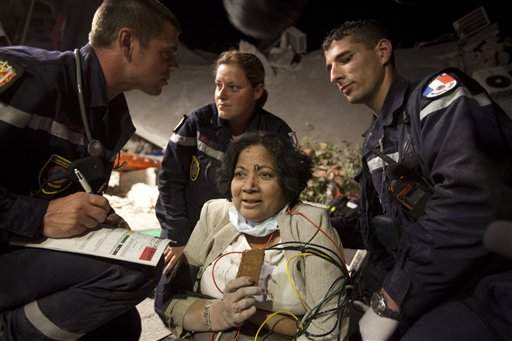 US citizen Carla Shown, center, receives medical attention after being rescued
by French firefighters from the rubble of the collapsed Montana Hotel in Port-au-Prince,
Thursday, Jan. 14, 2010. (AP Photo/Ramon Espinosa) 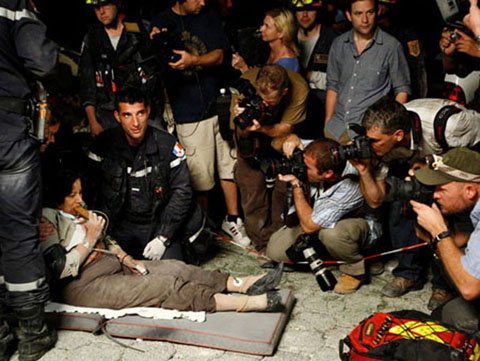 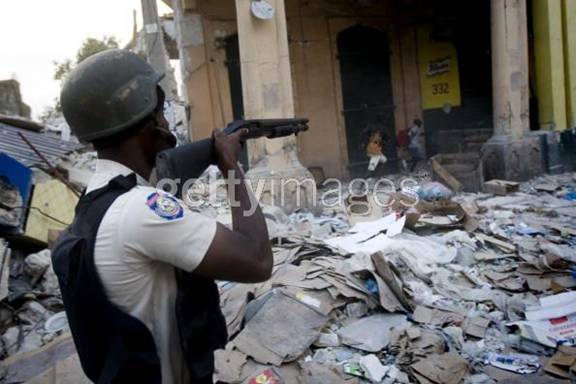 PORT-AU-PRINCE, HAITI – JANUARY 26: In this handout image provided by the United Nations Stabilization Mission in Haiti (MINUSTAH), Police Officers chase suspected looters on January 26, 2010 in downtown Port-au-Prince, Haiti. Haiti is trying to recover from a powerful 7.0-strong earthquake that struck on January 12 and devastated the country, displacing millions and killing tens of thousands. (Photo by Marco Dormino/MINUSTAH via Getty Images) 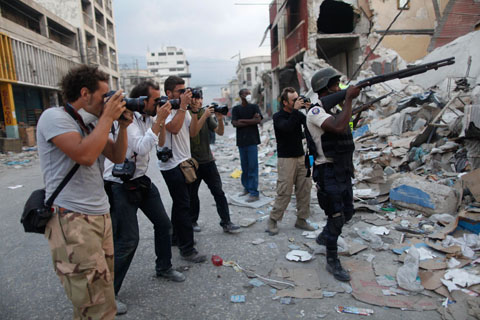 A policeman aimed his rifle at looters in downtown Port-au-Prince on Jan. 26.
(Rodrigo Abd/Associated Press)