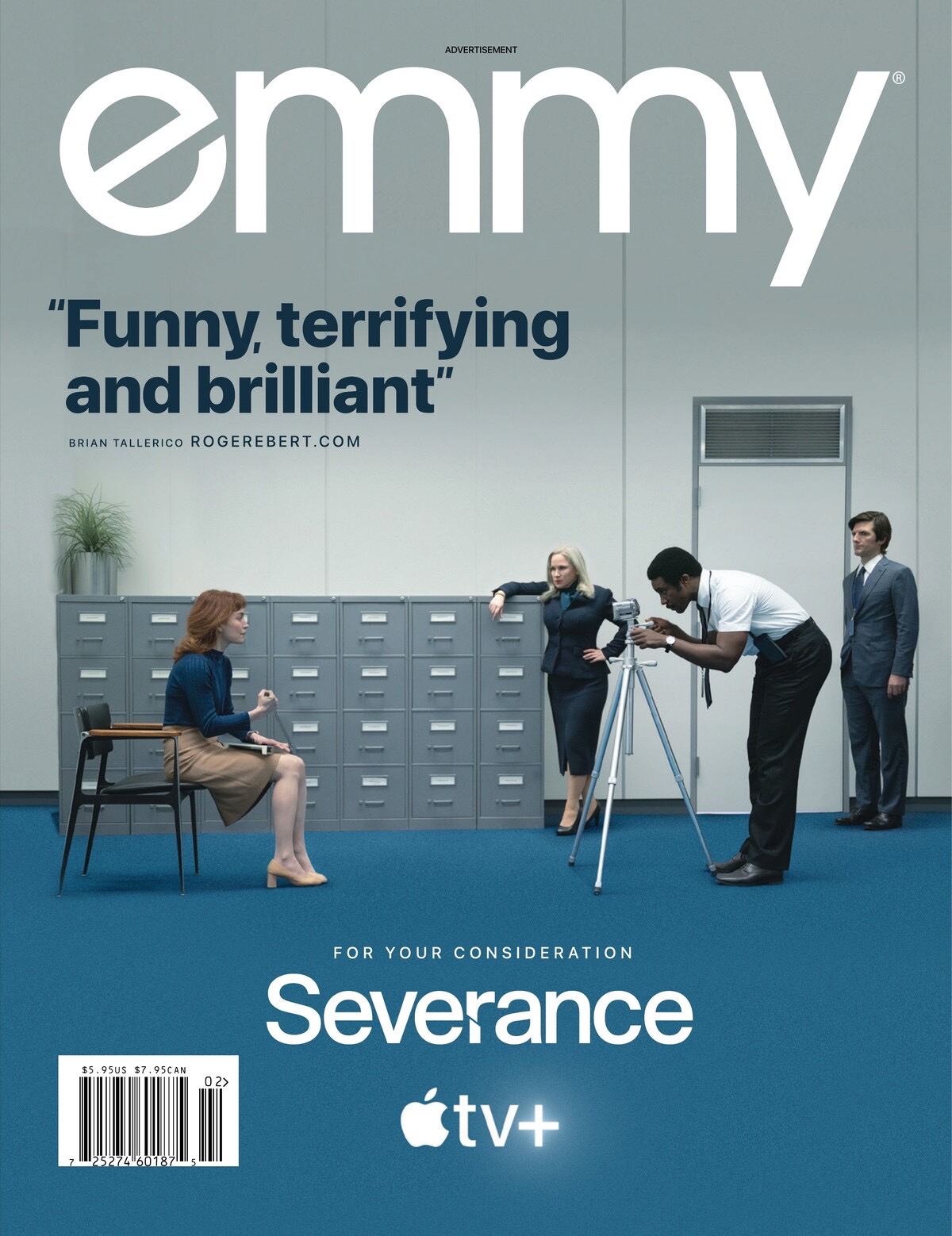 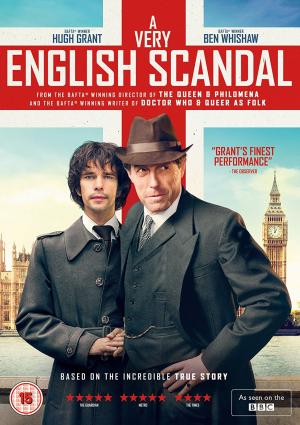 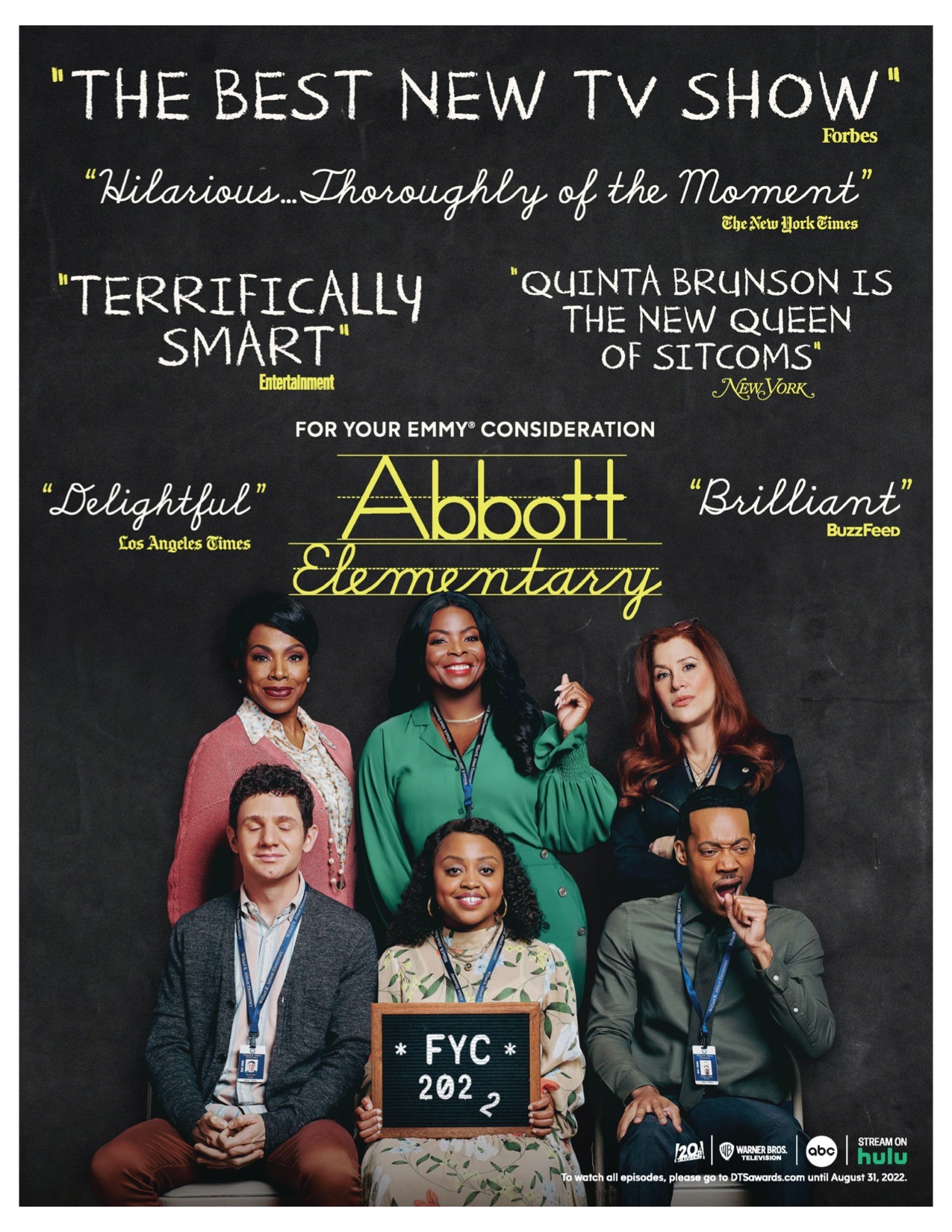 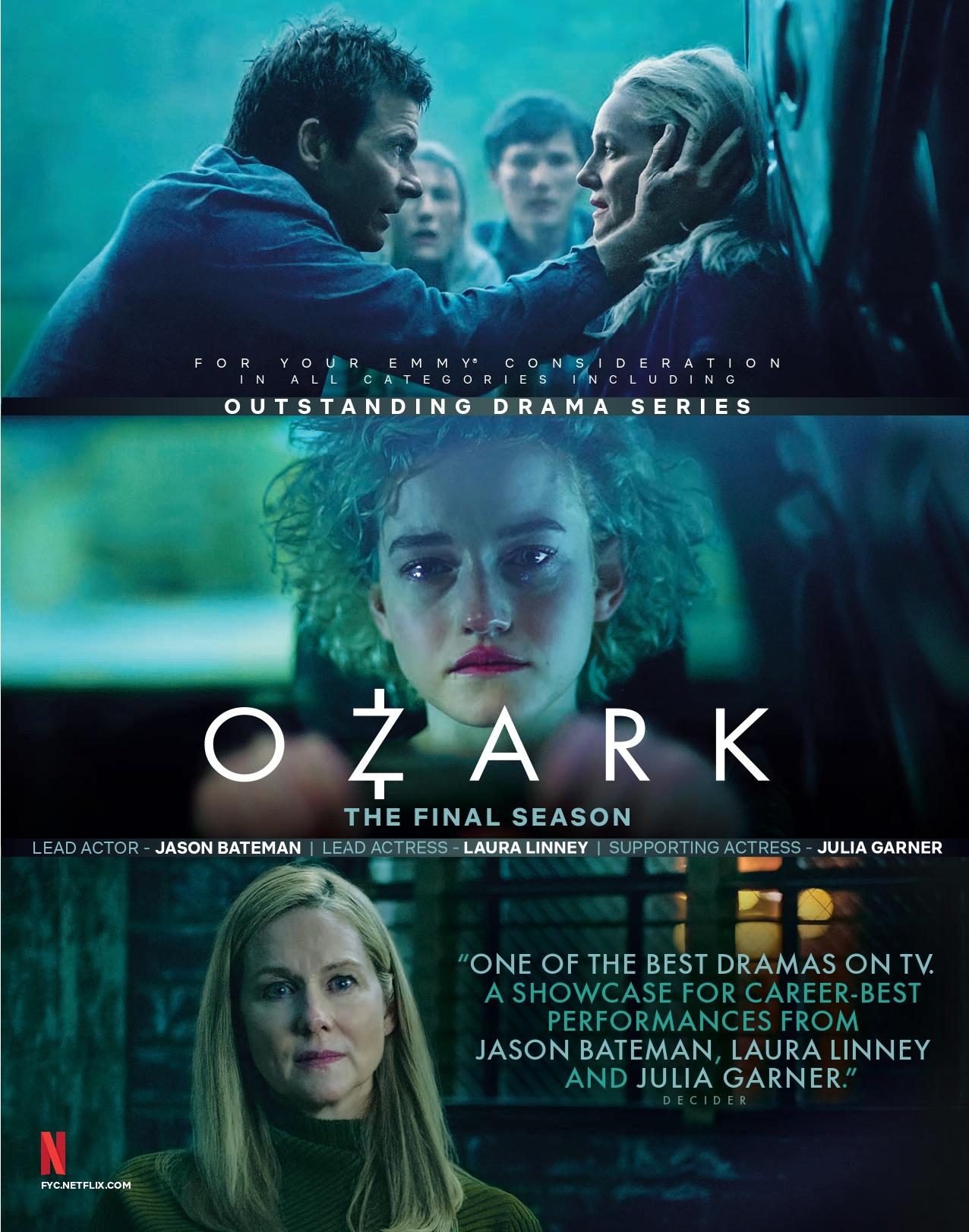 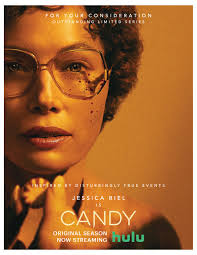 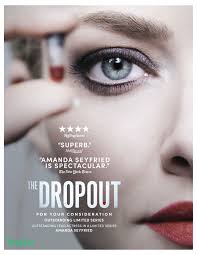 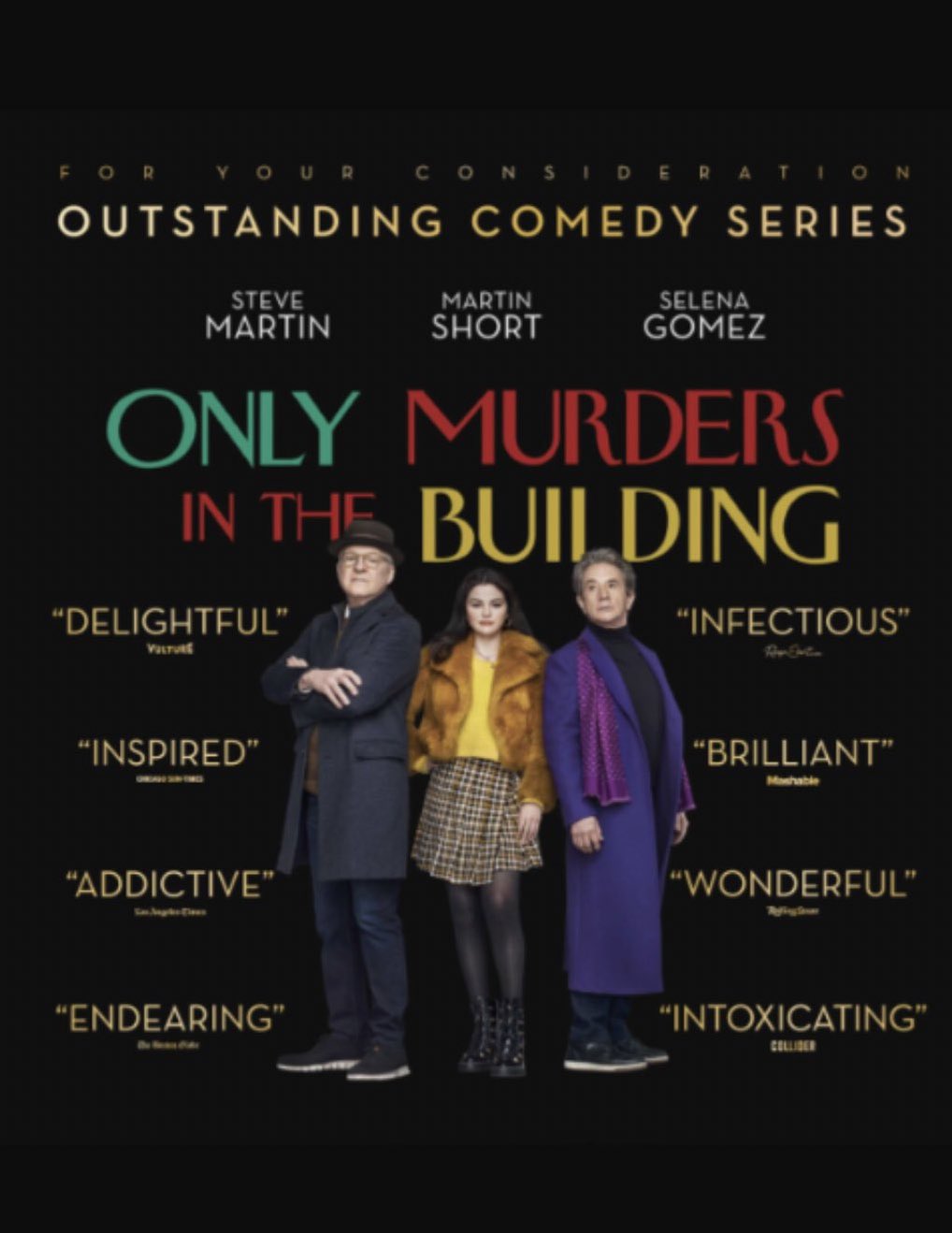 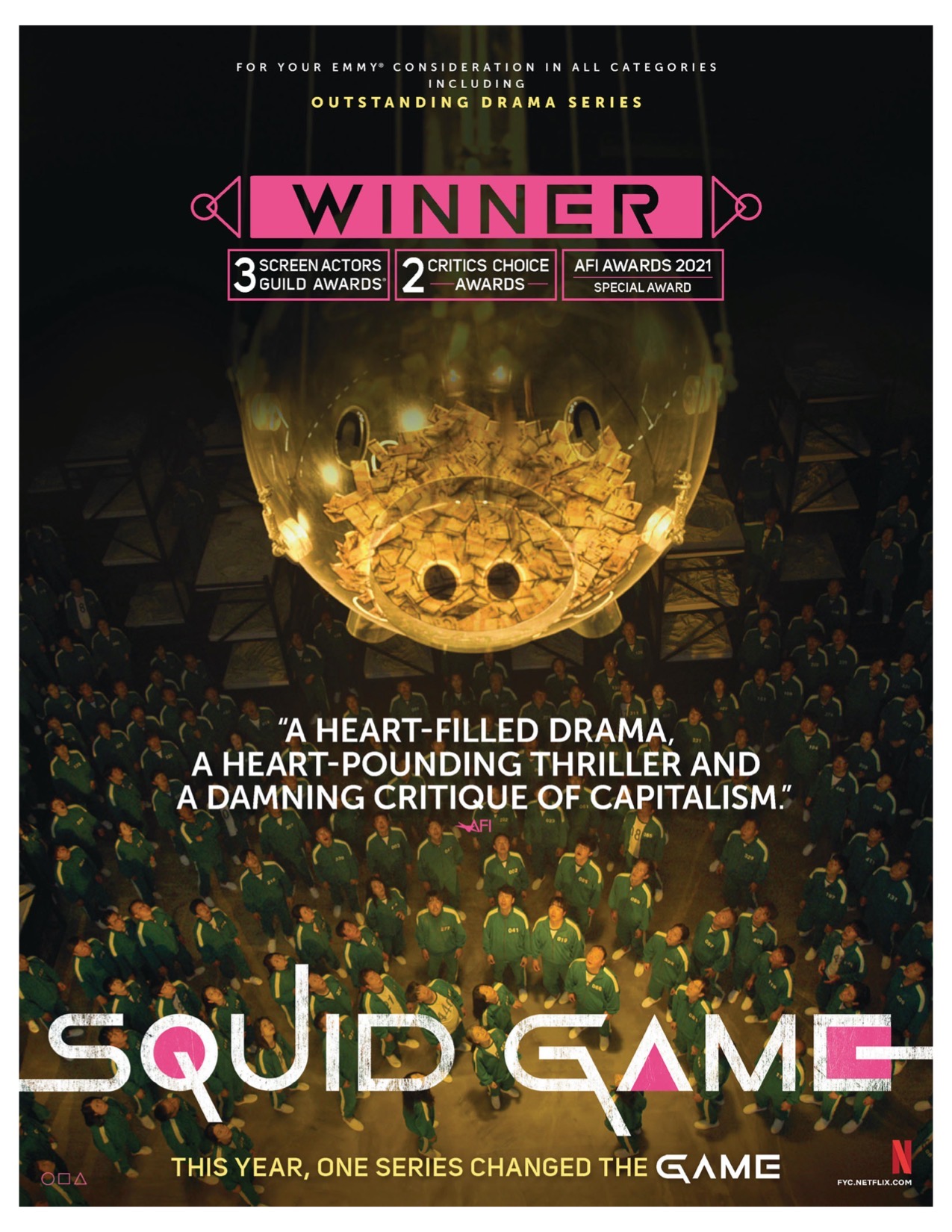 This web page is divided into four sections:

1. Background/resources on the use of “For Your Consideration” in advertising
2. Database with links to TV/film studios awards web sites
3. Database of award nomination dates, ceremony dates and broadcast partners
4. Links to news sources about film/TV awards

For Your Consideration is a heading frequently used in advertisements in entertainment trade publications such as Variety and The Hollywood Reporter. They are specifically directed towards members of groups in the entertainment industry, most commonly the Academy of Motion Picture Arts and Sciences, which annually presents the Academy Awards celebrating the best in motion pictures, (or the Hollywood Foreign Press Association, which awards the Golden Globes) or the Academy of Television Arts and Sciences which presents the Primetime Emmy Awards for television. Source: Wikipedia (note: hyperlinks added by media educator Frank Baker)

In the fall of 2016,  Lionsgate broke with tradition choosing to use the phrase “Consider This” in ads for its films. Other film studios have subsequently used the word “consider.”

Each year, the major movie studios, and to a lesser extent their affiliated television studies and the television networks, spend large sums of money on “For Your Consideration” ads extolling the alleged virtues of their films or programs released over the previous year. While it is unclear where or when the practice originated, it appears to have been popularized by Miramax, which rose from relative obscurity during the 1990s to become one of the most prestigious studios, at least of that decade.

Not surprisingly, then, the quantity of such ads  has increased dramatically, as major firms vie to win the top awards, hoping that the associated publicity will result in more viewers and greater revenues. In deed, most of the films expected to be “Oscar-worthy” are released in the last few months of the year, occasionally opening in limited release just before the end of the year and opening wide in January. This generally ensures that these films are still in movie theatres as awards-related publicity peaks…

As might be expected, these ads have recently begun appearing online at websites popular with voting members of the Academy of Motion Picture Arts & Sciences. Movie buffs are now archiving and tagging these online Oscar ads so they’ll be available for future study and commentary.  Source

Questions for students to consider:
– what does the phrase “for your consideration” mean?
– who is the audience for these ads and what are they asked to do?
– in what ways are these ads “persuasive”?
– what information is quintessential in ads promoting TV shows/films?
– what codes/conventions/techniques does each contain?
– what is the purpose of film/TV critic quotes?
– what is the same; what is different about each ad?
– why are some ads featured on the cover of a magazine?
– who designs the ads; who pays for them?
– consider the layout of the ad: what attracts attention most?
– how is mood and/or genre communicated?
– how might expression, body language or other non-verbal language communicate what is happening?

NEW: A Look At What Might Be The Most Expensive Emmy Campaign Season Ever
Teaching With The Emmy Awards: A Media Literacy Opportunity
Chasing Emmy– a new weekly podcast from Entertainment Weekly magazine
Updated: See the ads for Emmy nominations  shows/people here

Ads: designed for analysis and deconstruction

Movie posters are a prime example of visual communication. Movie posters, as well as the promos, have to be visually appealing otherwise they aren’t going to sell any tickets. Posters have to use an image to get the gist of an entire two hour movie. (Source)

Useful links:
There is a reason why Hollywood movies campaign to be nominated for awards
For Your Consideration: Increasingly Lavish Emmy Campaigns
Emmy Campaigns Get Out of Hand
Film ads try to sway Oscar Voters
For Your Consideration:  How Data Analysis Was Used in the 2015 Oscar Race
See this website for a full list of “FOR YOUR CONSIDERATION” ads
Checklist of analyzing print ads
Deconstructing print ads
Movie marketing blog
Checklist for reading any ad
Analyzing ads (& commercials)
Marketing Movies (book/website)
Advertising 101 (critique sheet)
ANALYZING MEDIA: Movie Posters
Ad-wise, the Oscars in this digital age
ABC Made $72 Million on 26 Minutes of Oscar Ads