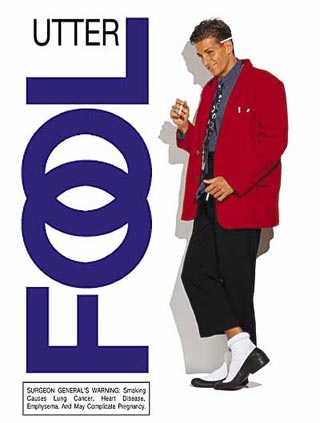 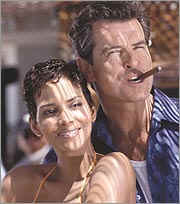 INTRODUCTION
This web site describes a hands-on activity/lesson plan which meets all state’s HEALTH teaching standards for analyzing advertising and marketing techniques related to tobacco. The activity can also be used in the English/Language arts classroom.

I have personally conducted it with students in grades 5 to 12.

Click on the links to the left, in the Table of Contents, which will describe the activity in full and provide you with the necessary resources to conduct this workshop with your students.

Be sure to have your students read one or more of the timely news articles.

For more info about having Frank conduct this workshop at your school, or conference, email him fbaker1346@aol.com

“The (US Surgeon General’s) report says the evidence is sufficient to conclude that there is a causal relationship between advertising and promotional efforts of tobacco companies and the initiation and progression of tobacco use among young people. The evidence also suggests that tobacco companies have changed the packaging and design of their products in ways that have increased these products’ appeal to adolescents and young adults.” (Source)

Smoking imagery in films continued to feed what she called “unacceptably high rates” of smoking among youths. (Ursula E. Bauer, the director of the National Health Center for Chronic Disease Prevention and Health Promotion, quoted here)

“Helping children become media literate can help counter the unhealthy and inappropriate messages about tobacco that are in the media,”
said Dr. Jonathan Klein  from statement about tobacco in films (July 2, 2007)

“It’s encouraging that media literacy, which is so eminently teachable, shows such promise as a component of a comprehensive tobacco intervention program,” said Dr. Brian Primack.  April 2006 study Archives of Pediatric and Adolescent Medicine

“…..students would be better served if schools could focus more on media literacy according to the study’s lead author, Dr. Sarah Wiehe, showing how the tobacco industry targets prospective clients, and how to be more aware of their propaganda.”  Journal of Adolescent Health March 2005

“a primary reason that women and girls smoke and are afraid to quit is their terror of gaining weight–the tobacco industry plays on this in ad after ad.”
Jean Kilbourne, as quoted in the video Warning: Advertising Can Be Hazardous to Your Health