IS SEEING BELIEVING? RESOURCES FOR TEACHING ABOUT THE MANIPULATION OF PHOTOGRAPHIC IMAGES

Cameron Diaz, the star of “Sex Tape” looks ever-sexy as she bares her midriff, though Photoshop smoothed out some lines on her abdomen. (Source)

Before & After (Vogue, Lena Dunham photo shoot) exposed by Jezebel.com 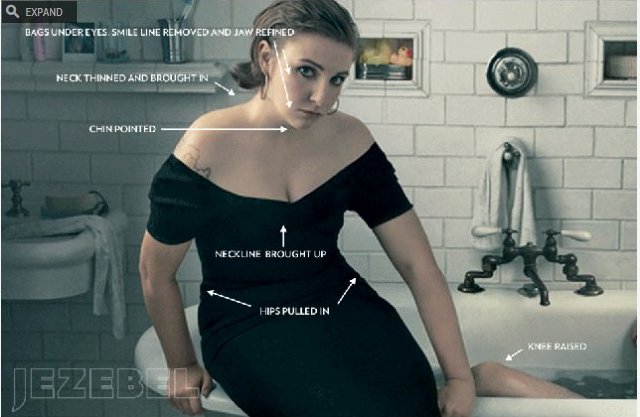 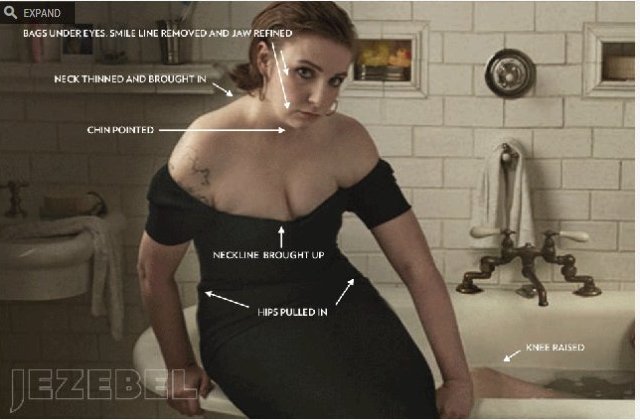 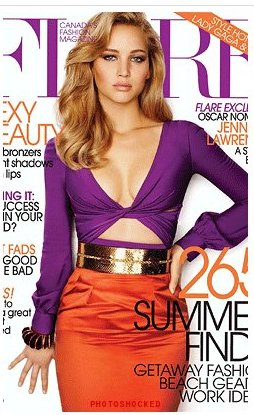 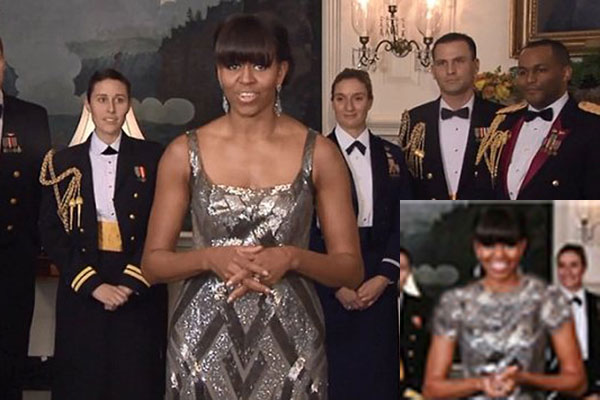 Responding to a complaint that the May 9 special collector’s issue of Grazia magazine showed The Duchess of Cambridge looking artificially slimmer, Britain’s Press Complaints Commission investigated the magazine’s process for the Kate cover photo and found that indeed, Kate’s already wispy waist was whittled down further. Source 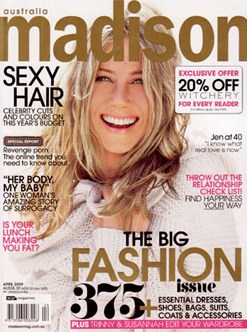 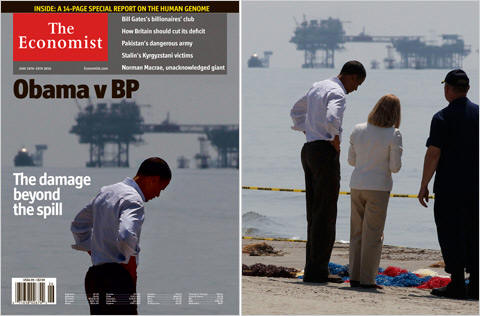 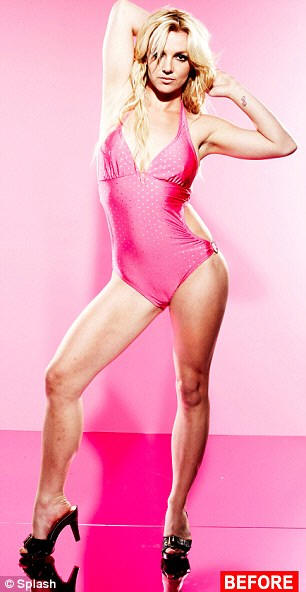 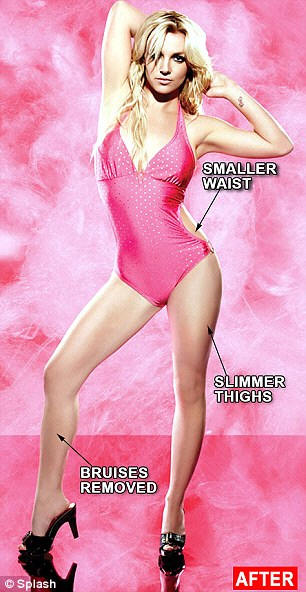 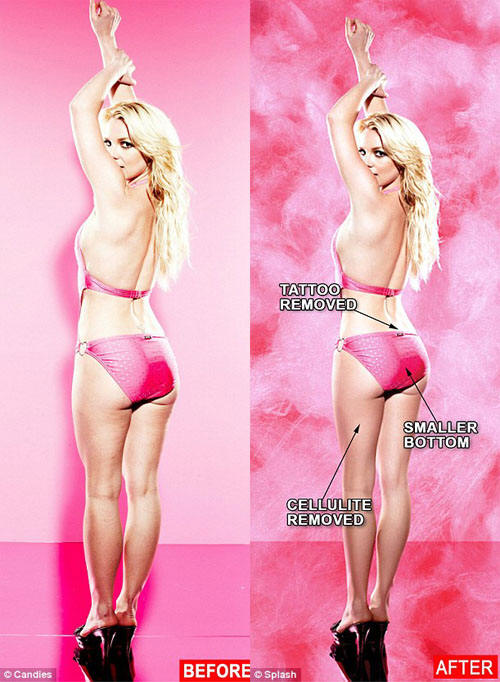 “They doctored and Photoshopped my body to make it look like I have already lost all the weight, which I have not.”
Source The Sun (UK) compares and contrasts photos of Mischa Barton 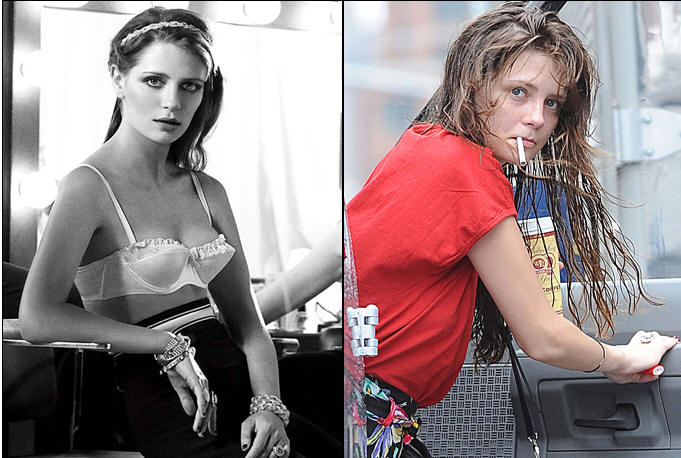 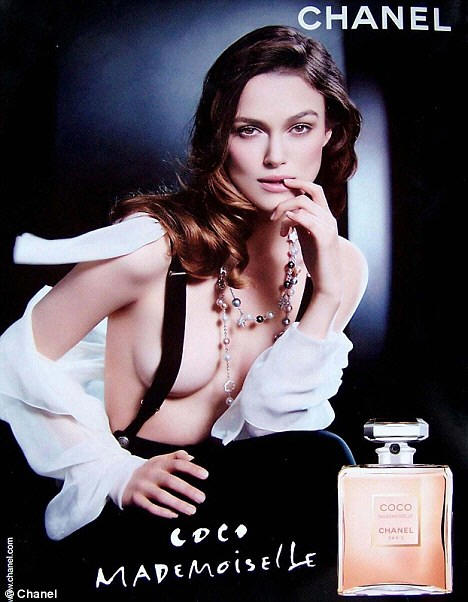 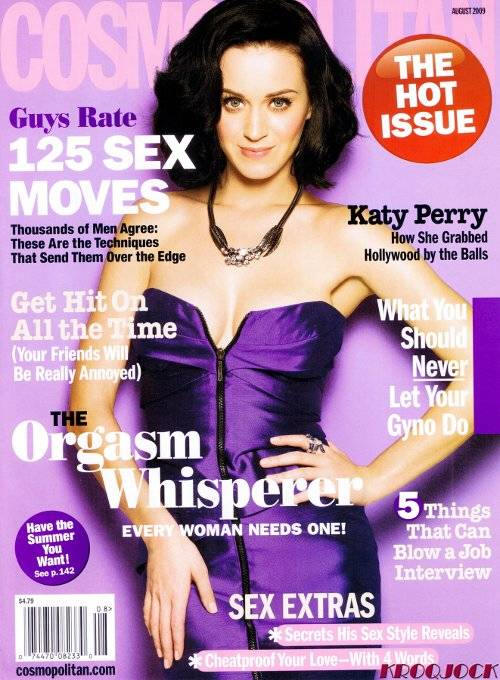 We’re not pointing any fingers at Kelly Clarkson, but we were surprised when
we saw September’s issue of SELF. The fitness magazine shows Clarkson
slim and trim, even though recent photos of her show a completely different figure.
Has the magazine gone too far with its photoshop skills?  (Source)

The supermodel and wife of football star Tom Brady bares her belly and just about everything else in a new set of ads for trench-coat company London Fog. Considering she’s carrying a child, she looks suspiciously slim.

A London Fog spokeswoman told Women’s Wear Daily that the company airbrushed Bündchen’s baby bump out of the ads to “respect her privacy.” Behind-the-scenes video of the photo shoot reveals Bündchen wore underwear that was also digitally removed from the campaign.  (Source) 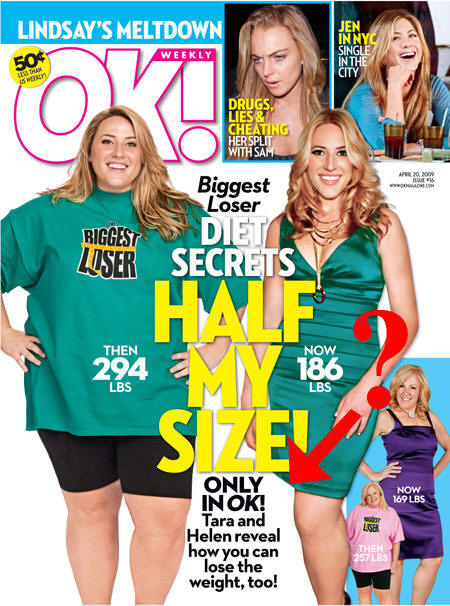 I have not seen this one on the web, but I swear they’ve enlarged
Zac Efron’s head…it looks way out of proportion to his body.
FB

Sports Illustrated’s Swimsuit Issue  (February 2009)
popular NASCAR driver Danica Patrick’s American flag tattoo is airbrushed away
(photo source: TMZ.com; story from FOX Sports)
Interesting because they left it in (below) when she appeared in the mag last year 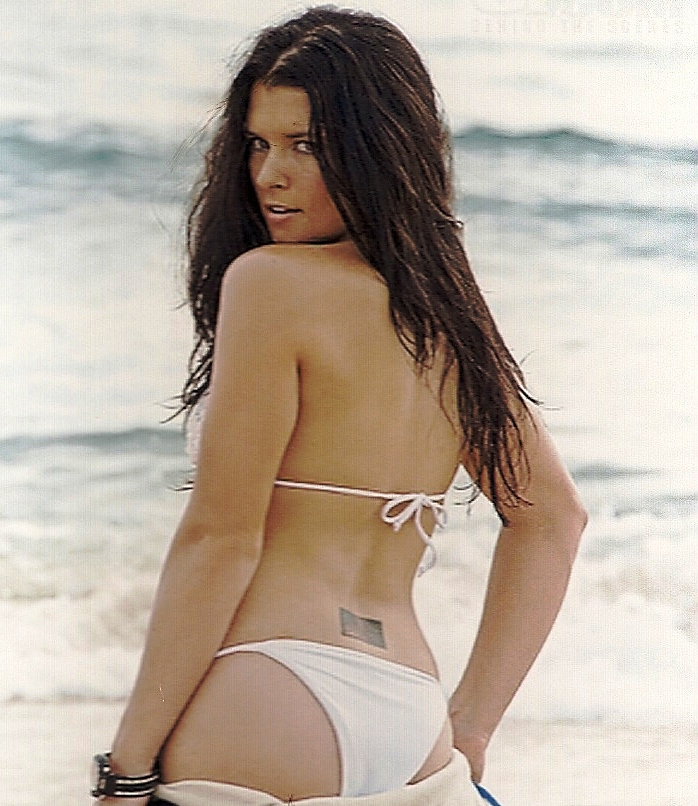 Actress cries foul: says photos of her were doctored 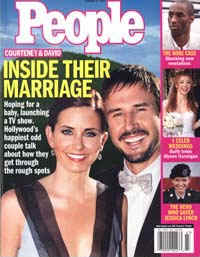 “….(singer Whitney Houston) admitted on television (speaking to Diane Sawyer on ABC TV) that she had a drug problem and had lost weight, not because of an eating disorder. Nonetheless, she said she became so thin that during an appearance on a Michael Jackson tribute special, she was digitally altered (by Digital Domain) to look heavier than she actually was….” 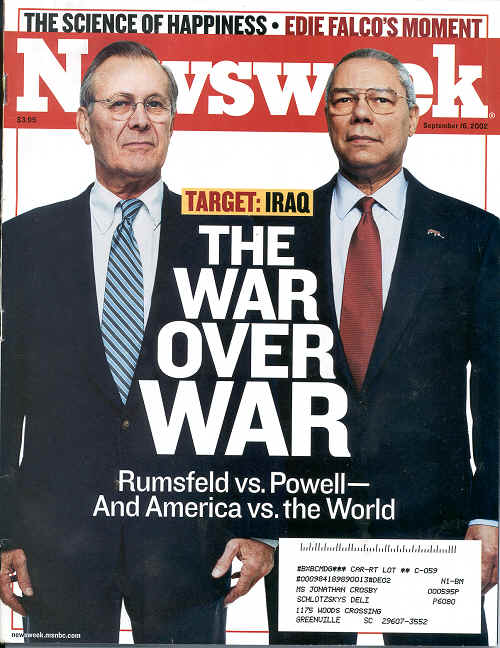 Here is one I use exclusively in my workshops. I ask my audience if they believe
these two men were photographed together. (They weren’t.) The photographer credit
on the Table of Contents page reads: “cover photos by…..” (Sept 2002)

from June 17 New York Times (as quoted in Slate)
“Nucleus Imaging … took Karl Lagerfeld’s photos of Princess Caroline of Monaco and made a cover for Harper’s Bazaar by grafting skin from one frame, hair from another, the face from yet another, and the body from another. It was done with a Macintosh and a silicone graphics computer.””Ultimately, digital imaging is another gadget in the photographer’s camera bag,” says Jon Rosen, the owner of Nucleus Imaging. “Photography was always filled with illusions.” (quote from NI brochure online) 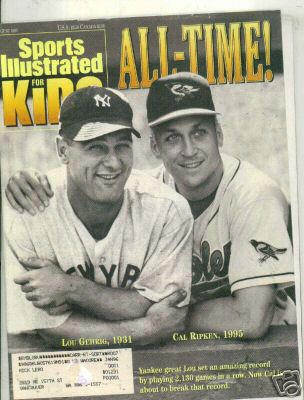 Mirabella magazine created an artificial model, “an
extraordinary image of great American beauty,”
for the cover of their September 1994 issue
Source: http://sandra.oundjian.com/content/levin.htm 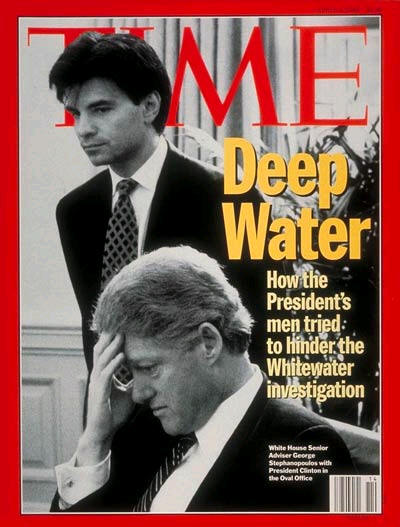 April 4, 1994 TIME Magazine cover image
The Columbia Journalism Review explains why it gave TIME a dart:
DART to Time magazine, for taking its readers for a ride in a time machine.
Filling up the space behind its April 4 cover line, “DEEP WATER: How the
President’s Men Tried to Hinder the Whitewater Investigation,” was a photo
purporting to capture the White House in the throes of Whitewater despair —
Clinton clutching head in hands, Stephanopoulos staring stonily into the abyss.
In fact, as an angry administration soon made clear, the photo had nothing
whatsoever to do with Whitewater and was, in fact, a relic from the past,
having been taken last November at a meeting in which the president and
aides were wrestling with problems in scheduling the president’s time. The
warped defense of Time spokesman Robert Pondiscio, as quoted in The
Washington Post: “I don’t think the readers of Time expect the cover photo
is going to be a representation of that event.”
(Source: http://backissues.cjrarchives.org/year/94/3/d_l.asp)

When Michelle Pfeiffer appeared on the cover of Esquire in 1990 in
a low cut red dress, the caption beside the photo read “What Michelle Pfeiffer Needs . . . Is Absolutely Nothing.” Yet, the magazine’s editors must have forgotten to specify something to their readers. Adbusters Quarterly revealed the manipulation and claimed that what Pfeiffer actually needed was $1,525 in touch-ups. That’s what Diane Scott Associates, Inc. charged Esquire for the following work, described in a purchase order obtained and reprinted byAdbusters “Clean up complexion, soften eye lines, soften smile line, add color to lips, trim chin, remove neck lines, soften line under ear lobe . . . remove stray hair . . . adjust color and add hair on top of head . . . add dress on side to create better line . . .” [1] Source: http://sandra.oundjian.com/content/levin.htm